Module with ZHAGA socket - sometimes also called as EU version or LWES socket. This is a minimalist version of the module with a 40mm base, which is practically invisible on the luminaire and does not spoil the impression of any design piece.

The module enables regulation of lighting intensity in the range of 0 - 100%, luminaire diagnostics and in case of communication failure autonomous operation based on ambient lighting sensor. 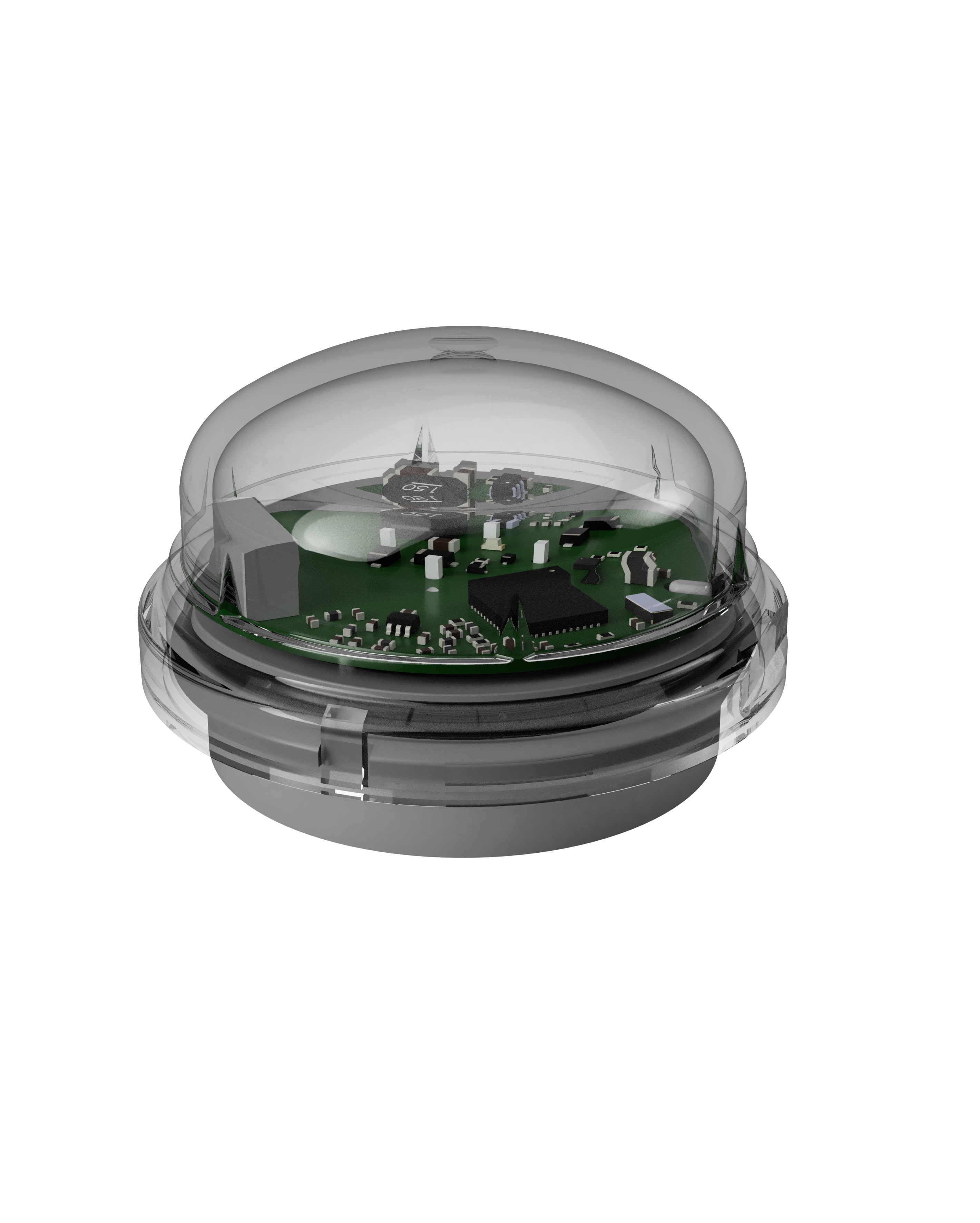 Remote diagnostics will show you any problem with the luminaire in time - whether it is a ballast or a vandal-damaged LED module itself.

In the event of a communication failure, the modules automatically switch to backup mode, where it adjust the light intensity based on the intensity of ambient lighting.

We can only supply the HW itself, help with integration or deliver a complete turnkey solution according to the investor's requirements.

We support integrators either in the form of consultations or by providing an integration proxy interface for the simplest possible communication with the luminaire.

The so-called "Firmware update over the air" allows you to upload new firmware via LoRa communication and apply security patches.

The use of LoRaWAN communication ensures full interoperability between the networks of different providers or private LoRaWAN installations. Thanks to the standardized communication protocol, devices from various manufacturers and suppliers can be operated in a single installation across solutions - from smart lighting, through remote readings to air quality monitoring.

We build private LoRaWAN networks for our customers, where there are no monthly operating fees for each device and we have the entire network under our management. We can thus respond flexibly to any requirements.

We have completed installations with hundreds of luminaires and we have gone through the labor pains of LoRa installations. For LoRa installations, it is very important to use all the possibilities that LoRa, ie the LoRaWAN protocol, offers. The protocol is specified by the LoRaWAN Alliance and serves to make the most efficient use of the band. Specifies the behavior of devices on this network to avoid collisions and unnecessary loss of messages.

We have implemented several mechanisms over this protocol, which help to make the overall installation more robust and to keep the number of undelivered messages to a minimum.

The control system uses all the advantages of the lighting module. Using multicast groups, it allows you to control multiple modules at once and clearly displays any errors in the ballast, luminaire or communication on a map, including notifications. Each group of luminaires can be set up with an individual schedule and lit only as needed.